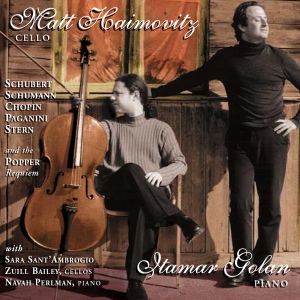 We all have those times where we have to get through immense stress and do better than the others.

Imagine what the young string musicians will be going through at the Stulberg International String Competition, to be held Saturday at the Dalton Center Recital Hall.

Twelve semifinalists will compete for the Burdick-Thorne Gold Medal, $5,000 and a performance with the Grand Rapids Symphony Orchestra. They can be on a list of past Stulberg winners like Joshua Bell, Lucia Lin, Anthony Ross. In 2007, wining the top prize helped launch Benjamin Beilman, still a teen, into a world where he performed major houses, to be lauded by critics.

Is that enough pressure? Would you relax if you knew that your fate was in the hands of your jurors, renown music educator Roland Vamos, violinist Rachel Barton Pine and cellist Matt Haimovitz.

When he was 12, Haimovitz was discovered by Itzhak Perlman; at 13 he debuted with Zubin Mehta and the Israel Philharmonic Orchestra. He may have not had to perform at competitions like the Stulberg — in fact, his teacher Leonard Rose forbid competitions — but Haimovitz knows that stress.

“The greatest successes come after failures. I’ve learned that in my own life,” Haimovitz said from his home in Hampden, Mass.

He’s had to audition many times for orchestras, where he’s handed music, is expected to play perfectly in every way. “You have to be completely on in that moment.”

And sometimes he’s failed. “Those were the moments when I grew the most. Nobody succeeds all the time.”

Winning is not the ultimate success, is what he’d like to tell the Stulberg competitors.

“The measure of success is how you feel about the process of playing and how you’ve grown over the course of a few days with that very stressful experience.”

Competitions are “very tough, because art is not a sport. And it can be subjective, and that makes it hard on a jury, too. It depends on your values and what your tastes are, what you want to see on stage.”

Young musicians should take on the Stulberg “in a healthy way. If your attitude is one that you’re trying to avoid making any mistakes, you’re probably not going to get that much out of the experience, and you’re not going to really make an impact.”

Perfection is important, but it’s also important for musicians to realize, whether in competition or concert setting, “everybody just wants to hear great music, and if the player manages to enjoy themselves within all that stress, and is able to be expressive, and even move the audience and the jury, that bodes really well for someone to have a lasting career. Under those circumstances, if you can do that then you can do it under any circumstances.”

What does Haimovitz want to hear as a juror?

In other words, technical perfection is important, but real artistry is the goal. It’s where the magic of music happens.

So don’t worry, just be ready to release magic with your bow. For upper-level players, Haimovitz knows that magic is possible — just let go of your fear, and play. “If you go for that transcendent quality that music can go into, that’s when everything else falls into place,” he said.