If you close your eyes and listen to the music, you can picture the onscreen action: the young mother unnerved by the sudden departure of her baby’s nanny, the wily tramp finding the key under the mat and infiltrating the isolated house, the husband working to the ticking clock of office deadlines suddenly thrown into a different race against time when his wife’s frantic phone call to him is cut off, and the chase to the rescue in a stolen car pursued by the law.

Composer Luna Pearl Woolf conjures the pictures in your mind’s eye with the orchestral-sounding richness of eight cellos, a full complement of drums and a glockenspiel. 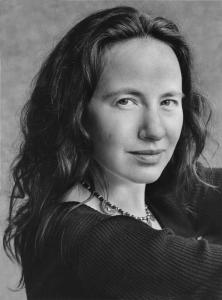 They recreate fear, tension and heroic intent among oases of momentary calm, riding the rhythm of the film.

“Writing for plays, singers and dramatic situations has always been something I’ve loved to do,” says Woolf, who is currently working on an opera.

“I thought I should try writing for film because the drama of my music is inductive to visuals.” Woolf scored the 10-minute silent film Suspense by the groundbreaking American female film director Lois Weber a century after its release in 1913. She’s made the film, which is in the public domain, freely available at http://www.youtube.com/watch?v=iy-apScA5mY, “because I’m so proud of it. I want everyone to see what McGill can do with its students and resources.”

Also involved were the McGill Percussion Ensemble and the Multi-Media Room at the Schulich School of Music where students learn, among other things, to record sound for film.

“Matt’s philosophy is that there’s no amount of teaching that can impart as mush as performing with your mentors. You have something to hold yourself up to and challenges to meet that are not just theoretical,” says Woolf, whose time is taken up by composing, her duties as president and, at times, producer with her and Haimovitz’s independent label Oxingale Records, as well as their two young daughters, aged six and three.

The Massachusetts-born Woolf began composing at age 12, when she and her architect father, an amateur cellist, couldn’t find music for cello and her clarinet.

She went on to study at Oberlin Conservatory, Harvard University (where she met her husband) and Smith College.

“By the time I had gotten my master’s, I had already founded Oxingale Records,” she says.

On Sept. 24, Oxingale Records released Angel Heart on Amazon, a CD -book with text by children’s fantasy writer Cornelia Funke. Haimovitz, Uccello and a roster of other luminaries collaborated on the project, including Woolf who composed the music played under the narration spoken by star Jeremy Irons.

She also co-arranged the songs from the different countries, including the Yiddish Unter Beymer (Beneath the Trees) by Alexander Olshanetsky, which she helped choose to punctuate the emotions of the broken-hearted little girl in the story.

Among the singers are longtime collaborator, soprano Lisa Delan and retired opera singer Frederica von Stade, who is mentoring a children’s choir from Oakland that contributes to the sound.

Haimovitz will be performing Angel Heart with Uccello and the cast at the University of California at Berkeley on Oct. 6 and at Carnegie Hall’s Zankel Hall on Oct. 21.

“Socalled incorporates some of Messiaen’s music in to his beat, and he’s using text and words from newsreels of the era. It’s very powerful and very scary,” says Woolf.

The Messiaen piece was written in a Nazy prisoner of war camp for a small group of musicians that included, on clarinet, French Algerian Jew Henri Akoka.

He escaped the camp atop a train and made music until his death in 1976. Interestingly, Akoka began his musical career at the age of 14, performing silent film accompaniments.

Meanwhile, Woolf’s film scoring has opened a whole new avenue for her creativity.

“There are a lot of very talented Canadian filmmakers I would love to work with,” she says.

Read at: The Canadian Jewish News