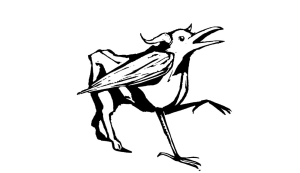 Oxingale Music, publisher of a range of contemporary sheet music from award-winning composers, has chosen a slate of winners for the first in a series of composition competitions aimed at expanding and enrich the repertoire for cello in unusual combinations and ensembles. The nucleus of Oxingale Music is a catalogue of works written for, premiered by, and recorded by Grammy-nominated cellist Matt Haimovitz.

For the 2014 Composition Competition, Oxingale Music and Matt Haimovitz joined UK vocal trio Voice in inviting composers of all ages and nationalities to submit a work for cello and three voices, using text from Shakespeare’s Sonnet 8, 30, or 60.

Over 40 composers from over 18 countries entered works, most written expressly for this competition.

The winning composition will be premiered by Matt Haimovitz and Voice in February, 2015 in New York State, with the possibility of further performances into 2016. The winning composer will be offered up to $500 to defray the cost of travel and accommodations to attend rehearsals and the concert. In addition, the full slate of winning compositions will be considered for publication on Oxingale Music.

Because of the tremendous quality of submissions received, Matt Haimovitz and Voice will perform at least one of the runner-up works, in addition to the winning composition, on their concert in February.

One response to “Oxingale Music announces Winner of Composition Competition”