By DAVID ALLEN,photographs by MICHAEL GEORGE

Matt Haimovitz and his cello case with staff members from the Miller Theater before his pop-up concert at Brad’s Cafe at Columbia University last Friday, one of several stealthy performances he did at campus sites including a dining hall and a gym. “He was just a guy, playing a cello where he wanted to play it, and playing it well,” David Allen writes. 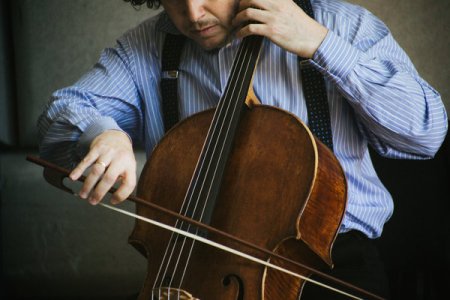 Mr. Haimovitz tuning his instrument at the Columbia bookstore.

Mr. Haimovitz after his bookstore performance.

Mr. Haimovitz heading back to the green room at the Miller Theater. 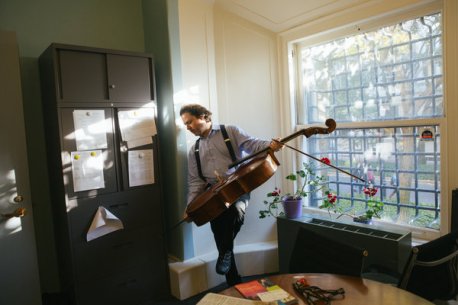 Mr. Haimovitz inspecting his cello in the theater’s offices.

Runners continuing their treadmill workouts as Mr. Haimovitz, who changed into workout clothing, performed in the Dodge Fitness Center. “It would satisfy all the promoters who have urged performers to take their music beyond the concert hall if the joggers in the university gym had stepped off their treadmills, transfixed by this man, wryly clad in shorts and running shoes, playing Philip Glass among the weights,” Mr. Allen writes. “But no — and that’s fine.”

View at: The New York Times