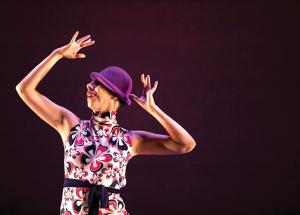 CHOREOGRAPHER/DANCER DOUG ELKINS considers himself a creative magpie; collecting various appealing things and bringing them back to his nest where he transforms them into something different.

“I’m a bit of a gleaner,” he says. “Like in the Bible where they had the whole practice of when you harvest the field, you leave the corners, so the poor people could take what was left? I’m an historical bagman that way.

“I like this great John Cage quote: ‘History’s not a fact. History is merely a field with a lot of stuff in it.’ I tend to be walking through that field and gathering stuff and putting things next to each other.”

When he does, he comes up with something quite different and entertaining.

For example, putting Shakespeare and Motown next to each other.

“What if you have James Brown do a rewrite of ‘Othello’ on the set of ‘Soul Train,’” he wondered. “What does that possibility look like? 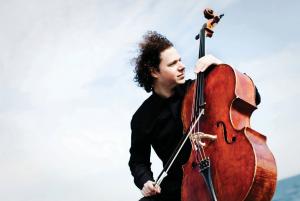 Matt Haimovitz will play at RIAF this year. PHOTO BY STEPH MACKINNON

I’m building a strange trail of flowers for the audience to follow,” he says. “And that trail is the trail of things that are possibly familiar — something from Shakespeare, the Motown sound and The Temptations, certainly things about early modern dance history — and letting them have a conversation, a somewhat Rashomon-like retelling of that story.”

The result is “Mo(or)town/Redux,” one of the dances Doug Elkins Choreography, Etc., will present at the Ringling International Arts Festival 2016 inSarasota. (Mr. Elkins’ troupe last performed there in 2011, presenting “Fraulein Maria,” set to the soundtrack of “The Sound of Music,” in which there were three Marias on stage at the same time, one of them a man.) 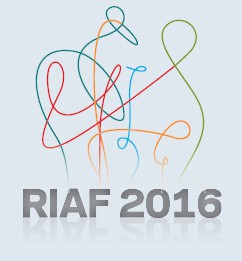 “I got the idea that you could possibly retell ‘Othello’ as though it were a Motown group,” Mr. Elkins says. “The music is the history of that era.”

He imagined who would play Othello, Desdemona, Emilia and Iago if he could cast them as famous people from musical history.

He saw Othello as a combination of James Brown and Eddie Kendricks, the former lead singer of the Temptations; Desdemona as a mash-up of Dusty Springfield and Martha from Martha and the Vandellas; Emilia as Amy Winehouse; and Iago as a cross between Mick Jagger and Prince.

“All the way back to ‘Hullabaloo,’ if you want,” Mr. Elkins says.

“I’d been through a separation, a divorce, end of a marriage,” he explains, “and there was that idea of losing someone. I thought I could bring more to it than the young man I was in my late 20s/ early 30s, as the person I was at 49 or 50. I think it’s the superior version.”

He points out that Monet painted the same water lilies and haystacks throughout his life. “It’s not unusual in other practices to approach the same subject matter from a different point of view,” he says.

The other work Mr. Elkins’ company will perform at RIAF 2016 is titled “Hapless Bizarre.”

“I tend to start playing with a lot of movement ideas (when creating a dance,)” the choreographer says. For this one, he adds, “I started from the point of view of the trope of physical comedy —Buster Keaton, Chaplin, the tropes of slapstick — and started working with those languages.”

He built the dance with Mark Gindick, who went to Ringling Clown College and is one of the former lead clowns of the Big Apple Circus. Mr. Gindick led a series of clowning and improv workshops for the dancers.

“Hapless Bizarre,” he says, plays with the tropes of ideas found in silent comedy, such as the Marx Brothers’ mirror game and the idea of something getting stuck onto someone or something, as well as the ideas of tripping, misdirection, someone heading for something and someone else cutting them off.

“It’s playing with the language of someone who does physical comedy,” he says.

“It’s gleaning again; you can borrow and glean ideas from wherever, whether Jacques Tati or Jackie Chan films. You can have them in conversation with each other.”

He says the dance sets up an expectation and then twists it around and offers you a new perspective.

“It surprises you in a pleasant way by defying your expectations.”

Mr. Elkins says his “Mo(or)town/ Redux” and “Hapless Bizarre” complement each other. “The laissez-faire of ‘Hapless’ and the more fully darker, velvety places of ‘Mo(or)town/Redux’ feed each other in an interesting way.”

Mr. Haimovitz, the Israeli cellist, is bringing his own brand of mash-ups to the festival.

Known for playing contemporary music such as Jimi Hendrix’s “Star Spangled Banner” and Led Zeppelin’s “Kashmir,” he’s also known for playing in atypical venues. At RIAF, he’ll perform “The Bach Suites: A Moveable Feast” at three locations: the court of Ca’ d’Zan, the Huntington Gallery of the Museum of Art, and the Historic Asolo Theater. His concerts at the first two locations are sold out.

Back in 2000, Mr. Haimovitz had a record release party at the Iron Horse Music Hall, a legendary coffeehouse in Massachusetts. “It sold out, they were turning away people,” he recalls. “There was an incredible chemistry with new listeners and classical music lovers. All that led to me wanting to try another one in another place, and it took on a life of its own.”

He’s played in old warehouses, on New York City’s High Line and at the now-defunct CBGBs. A couple of weeks ago he played at a Parisian Laundromat.

The beauty of playing in unexpected places, he says, “is that it changes the context of what you’re playing. It takes on a different meaning. The audience is engaged in a way they may not be in a regular concert hall. It changes the dynamics and the chemistry of everything. Everyone is a little more on their toes.”

It also demystifies classical music and brings it to people who might not necessarily attend a traditional concert.

The album release party in 2000 was for his first album of the six Bach Suites for Solo Cello. He released another album of the same suites last year.

“On a gut level, it’s like two different people,” he says. “Fifteen years ago I made a recording, but I no longer recognize who it is playing. That’s the beauty of a lifetime in classical music; you can have that trajectory. You hear it differently, you play it differently. It still enriches your life.”

He imagines that in another 15 years he’ll sit down and make another recording of the Bach Suites for Solo Cello.

“You make a discovery, and that leads to more discoveries, your interpretation evolves and within a couple years, you sound very different,” he says.

There are also some technical things he did differently this time around: using ox gut strings instead of metal ones, using a different tuning so it’s a half-step lower in pitch and using a baroque bow, which is shaped differently than a modern one.

“In my mind (that all makes for) a more human quality, a very different way of articulation: what’s available to you, the way the notes speak, the way one note leads into the next. It’s quite different.”

After Bach wrote his first five suites for solo cello, he wanted to expand the sound of the instrument for the sixth suite, Mr. Haimovitz explains, so he wrote it for a five-string instrument. So the musician plays a cello piccolo for that suite, which he describes as “a small cello with an added string.”

He also commissioned six contemporary composers to write an overture.

Philip Glass wrote “Overture to Bach,” which Mr. Haimovitz will play before Suite I at the Ca’ d’Zan. Then he’ll play Suite VI with an overture, “Lili’uokalani,” by Luna Pearl Woolf, described as “a prewestern Hawaiian chant, thumped out percussively on the body of the cello.”

For his sold-out Saturday show in the Museum of Art, the overture for Suite II will be “The Veil of Veronica” by Du Yun, which includes echoes of Serbian chant. He’s matching that suite with Suite IV, whose overture is “Le Memoria” by Robert Sierra, described as “a morphing of Bach’s motif into Latin forms and rhythms.”

His third and last concert — the only one with tickets still available — he’ll play Suite III, opened with “Run” by jazz pianist Vijay Iyer, who performed with his jazz trio at RIAF in 2014. This concert will conclude with Suite V, with an overture, “Es War” by David Sanford, described in RIAF material as “an intricately layered and vibrantly animated ‘classical-meets-jazz’ encounter.”

The Bach pieces sound every bit as contemporary and modern as the overtures he commissioned, Mr. Haimovitz says, adding that the suites must have been “pretty revolutionary and eye-opening when Bach gave them to his cellist. He must have been dumbfounded … it’s so far ahead of its time.

As for his approach to the works, he says, “I was looking back, trying to get closest to the spirit and tools of Bach’s time, while at the same time I felt like I wanted to move forward with the music. The suites have been with me over three decades. I wanted to give back, and also leave something behind, for more cello music in our repertory.”

Mr. Haimovitz is married to the composer Ms. Woolf (who wrote the Suite IV overture). “We drink and breathe this way of life,” he says about their commitment to music both classical and contemporary. “For us, this is a living, breathing, art form.” ¦

>> Where: Various venues on The Ringling campus in Sarasota: The Historic Asolo Theater, theCircus Museum, the court of Ca’ d’Zan, the Museum of Art and the Mertz Theatre

Performances sold out except for 2 p.m. Sunday, Oct. 16, at the Historic Asolo Theater

Conversation with the Artists: Passion and Process – Dwight Currie, RIAF curator of performance, engages a panel of RIAF artists in a conversation about what informs, shapes, defines and animates their new works of contemporary music, theater and dance from 2-3 p.m. Friday, Oct. 14, iLecture Hall in the Museum of Art. Free, but reservations required.