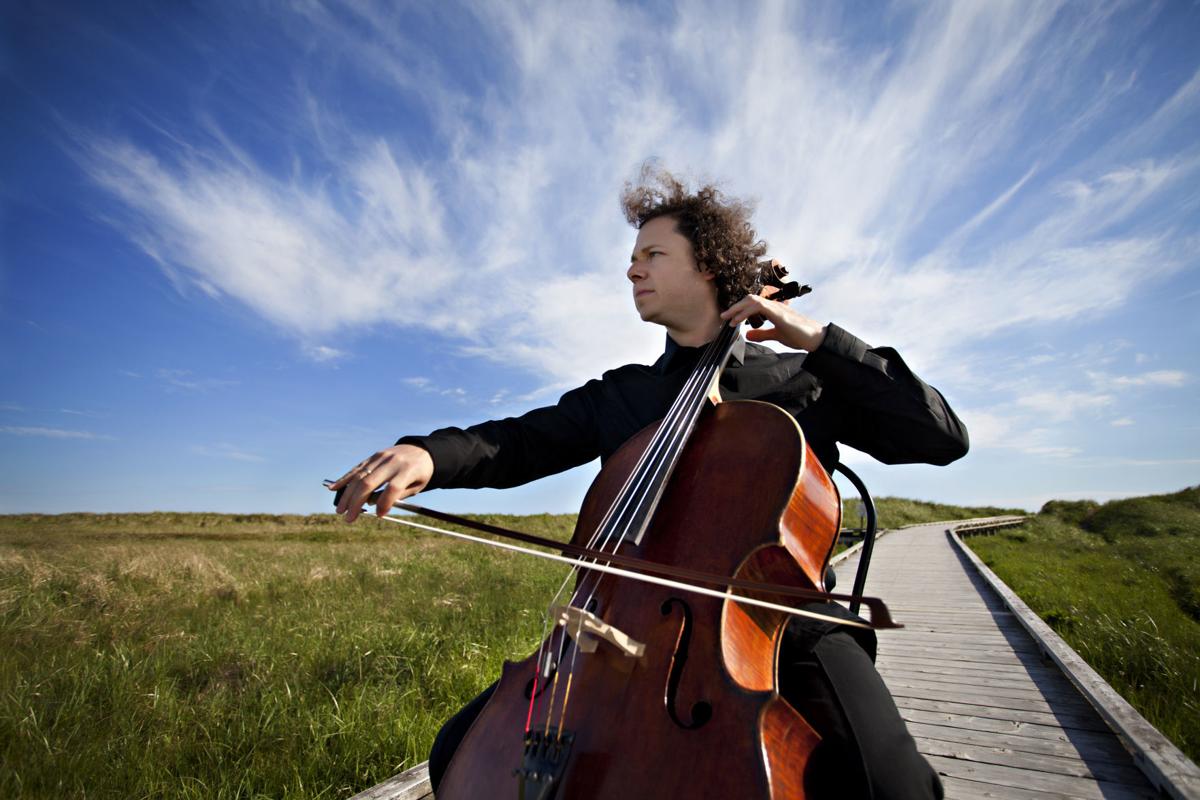 RANDOLPH – Acclaimed cellist Matt Haimovitz will offer concertgoers a unique, immersive, two-day classical music experience Saturday and Sunday, Oct. 6 and 7, when he brings his program called “A Moveable Feast to Randolph,” redefining what it means to be an artist in the 21st century. The cellist’s weekend-long, community-based residency features his performances of all six of Bach’s esteemed Suites for Unaccompanied Cello, together with six overtures to Bach that Haimovitz commissioned from several contemporary composers.

The musical capstone of the weekend will be a ticketed, matinee recital at Chandler Music Hall at 3 p.m. Sunday. Haimovitz will perform three of the Bach cello suites: Suite I in G major, Suite II in D minor, and Suite VI in D major, interspersed with three works that emerged from the cellist’s “Overtures to Bach” commissioning effort. Those include Philip Glass’ Overture to Bach, Du Yun’s “The Veronica,” and Luna Pearl Woolf’s “Lili’uokalani” for solo cello piccolo.

On Saturday evening, Chandler will host an invitation-only, wine-and-dessert benefit reception with Haimovitz in the historic music hall’s Upper Gallery, beginning at 7:30 p.m. The repertoire for the evening will include the Cello Suite III in C major, followed by another overture inspired by “Run,” composed by renowned jazzman Vijay Iyer.

MONTPELIER – Diane Fitch’s solo show “Interior/ Exterior” explores a disciplined lifetime of painting and drawing, up through Dec. 21, at the Vermont Supreme Court Gallery. A public opening reception will be held 4 to 7 p.m. Thursday, Oct. 11.

Fitch creates a personal profile of her life and experiences, with depictions of everyday life and the private spaces within her psyche. Her fluid, textural use of paint, color, and layering geometric shapes showcases her relationship with signature subjects within pictorial narratives. She explores interior and exterior scapes that are very familiar to the artist — her homes in Vermont and Maine. Fitch captures part of a room that transitions into another part of the same room, leading the viewer into motion and experience.

Vermont State Curator David Schutz says, “I love the title of this show because it says so much about Diane’s unique painterly approach to her life and art. The interesting stories that seem to lurk around everyday scenes. We the viewers don’t know the full story, but she shows what we need to know in stylistically intriguing ways.”

RANDOLPH – Hot Tuna — the famed pairing of Jefferson Airplane veterans and Rock and Roll Hall of Fame members Jorma Kaukonen and Jack Casady — brings a heady mix of acoustic blues and American roots music to the Chandler Center for the Arts at 7:30 p.m. Thursday, Oct. 11.

Boyhood pals and band mates for more than 50 years, Kaukonen and Casady form one of the most enduring creative partnerships in popular music history. The duo’s current, nationwide tour celebrates the publication of Jorma Kaukonen’s memoir “Been So Long: My Life and Music,” published last month by St. Martin’s Press.

The duo’s repertoire includes such concert and radio staples as “Death Don’t Have No Mercy,” “True Religion,” “In My Dreams,” and a Kaukonen classic, the achingly beautiful “Embryonic Journey,” a standout cut on Jefferson Airplane’s 1967 breakthrough album “Surrealistic Pillow.”

MONTPELIER – George Woodard shows his retrospective “The Roots of My Raising” in Lost Nation Theater’s Lobby Gallery during the run of its world premiere production of Howard Frank Mosher’s “Disappearances,” adapted by Kim Allen Bent.

Woodard is known as an actor-musician, filmmaker and farmer. When he came across the treasure trove of family photos and all the history they represented, he knew they had to be put together in a collection.

Woodard’s photo exhibit covers the 106-year history of the Woodard Family Farm in Waterbury Center, from the time his grandfather purchased it. In the 1960s Woodard’s dad sold the cows and gave up farming. When it was time to figure out what he should do, George’s mom suggested he take up farming. That was 1973. In 1975, George, his two brothers, mom and dad shipped their first load of milk at the rejuvenated farm.

GREENSBORO – The Galaxy Bookshop and Highland Center for the Arts will present former Vermont Gov. Madeleine Kunin in a reading from her memoir, “Coming of Age: My Journey to the Eighties,” at the Highland Center at 7 p.m. Tuesday, Oct. 9.

In “Coming of Age,” Kunin explores physical and emotional tolls of aging as well as the emotional ones in an extraordinary life: governor, ambassador, feminist, wife, mother, professor, poet, and much, much more.

Admission is free but seating limited; for reservations, go online to http://highlandartsvt.org/events.

HANOVER, N.H. – Actress, comedian, singer and gay icon Lea DeLaria delivers sassy comedy and bravura jazz vocals in her “incredibly honest, cheeky and fiercely political” (Herald Sun, Australia) show at 8 p.m. Friday, Oct. 12, in Spaulding Auditorium of the Hopkins Center for the Arts at Dartmouth College. The show is expected to include adult content and language.

Best known as “Big Boo” on the Netflix hit series “Orange Is the New Black,” DeLaria has talents that transcend even that memorable and show-stopping role. Her multifaceted career as a comedian, actress and jazz musician spans decades. An unabashedly lesbian comic and singer in 1980s San Francisco, she broke onto the national scene in 1993 with a frank appearance on The Arsenio Hall Show, becoming the first openly gay comic on television. Since then, she’s racked up decades of striking TV roles, while her vocal chops have landed her such memorable stage roles.